By Harris GoldsteinJanuary 10, 2019 No Comments 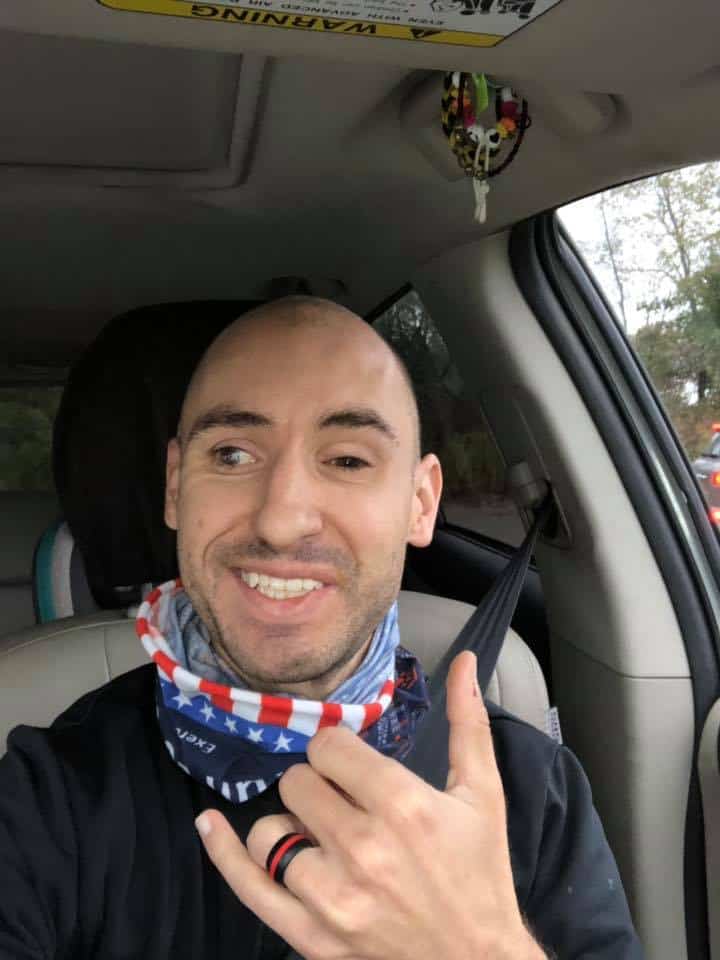 This edition of our Member Spotlight features Charity Miles member Ben Hinton! Ben has overcome many obstacles throughout his life, including the loss of vision in his right eye as a teen, along with suffering from a traumatic brain injury only several years ago. Despite these events Ben has persevered, inspiring many individuals along the way. I had the opportunity to chat with Ben about dealing with adversity and how running has helped him to change his life for the better. Check it out! “I am from just outside Pittsburgh in a town called Bethel Park. I grew up playing basketball and it was my dream. I ultimately would run to the gym just to play ball. I was meant to run but didn't know it. When I was 13 I lost sight in my right eye due to a virus called HSV. The same virus attacked my left eye when I was 16.” Ben continued playing basketball into his mid twenties until an unexpected accident occurred in 2013. “When I was 26 I suffered a traumatic brain injury. I was home alone and fell down a flight of stairs onto our concrete floor basement. The reason for the fall is still unknown. I was in and out of consciousness for 4 hours before my fiancé (now wife) found me. My last text exchange that day was 11:30. She came home at 4:30. Playing basketball competitively was no longer doable.” Soon after his TBI Ben became more serious about distance running. “I was married and we wanted the future house and family. I was depressed and struggling to find an identity. I ran my first half marathon 8 weeks after my TBI (it wasn't a popular move from loved ones and doctors). 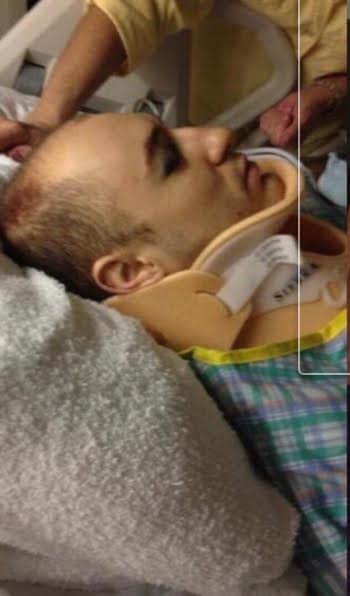 I didn’t know what I was or wasn’t capable of doing. I wanted to prove to myself life is “90% mental”. Growing up basketball was my thing. Because of the TBI I couldn't perform the coordination skills to play at the level I used to.” Ben’s newfound passion ultimately helped change his life in more ways than one. “Fast forward I lost and kept off 50 pounds. My PR's from the 5k to the full have improved ever since. More than that, I run for my 3 year old daughter. I want her to chase greatness and dream no matter what. If I don't try how can I tell her to do so? Running balances me. It relives my stress, anxiety, and depression.” “I have been overall a healthy person. However, because of meningitis encephalitis as a baby I have had several health scares and emotional and or physical stress seems to be a trigger. Running in many ways has saved my life and not just from losing weight on the scales. Running is literally as simple as putting one foot in front of the other, however most people don't run or enjoy. I love running to remind me what I can accomplish through action. It's a constant reminder of what I can still do. I run for my health and I've learned to run towards something, not away from my problems.” Ben learned about Charity Miles after reading about the app on a Facebook post several years ago. “I love the idea that Gene talks about: raising money doing things you were going to do anyway. Being sponsored to raise money or awareness is a tremendous thing. I currently support Operation Smile.” A normal workout for Ben begins with waking up at 4am! “I start running between 4 and 6. I have learned over time to balance some long runs, tempo runs etc… I have been incorporating an off season weight training program. For a few years it was getting up and out the door and just running whatever distance I felt. It was almost a Forest Gump approach. I just started running”.

While HSV was dormant in Ben’s body for many years, it recently resurfaced. “Just last November at 32 my left eye was attacked again. When the virus attacks it takes days before the vision goes improves beyond 20/200 and I became legally blind. I’ve been fortunate that world class doctors knew what the virus was and how to aggressively treat it. I am blessed that just about a month since the recent virus attack my vision is close to 20/20 and the virus is again dormant.” Nowadays you can find Ben inspiring others through social media, regularly posting uplifting videos on Facebook. He has huge aspirations, hoping that his running can take him all the way to Tokyo. “Im attempting to qualify for the 2020 Olympics to help encourage brain injury survivors and bring people together. My current PR in the full is 3:11 and it is 1:29 in the half. I have decided to try to qualify in the half marathon needing a time of 1:04 by January 2020. If 2019 goes well maybe I'll try for a 2024 “run” as well.” “Charity Miles has been a blessing and it's great running knowing it's something bigger than yourself. “The goal is not the live forever but to create something that will””. Good luck in your training throughout 2019 and we at Charity Miles hope you reach your goals, however ambitious they may be. Continue inspiring others with your incredible story of perseverance. You are a true Charity Miles Champion! Do you have an interesting Charity Miles story? Share it with us! 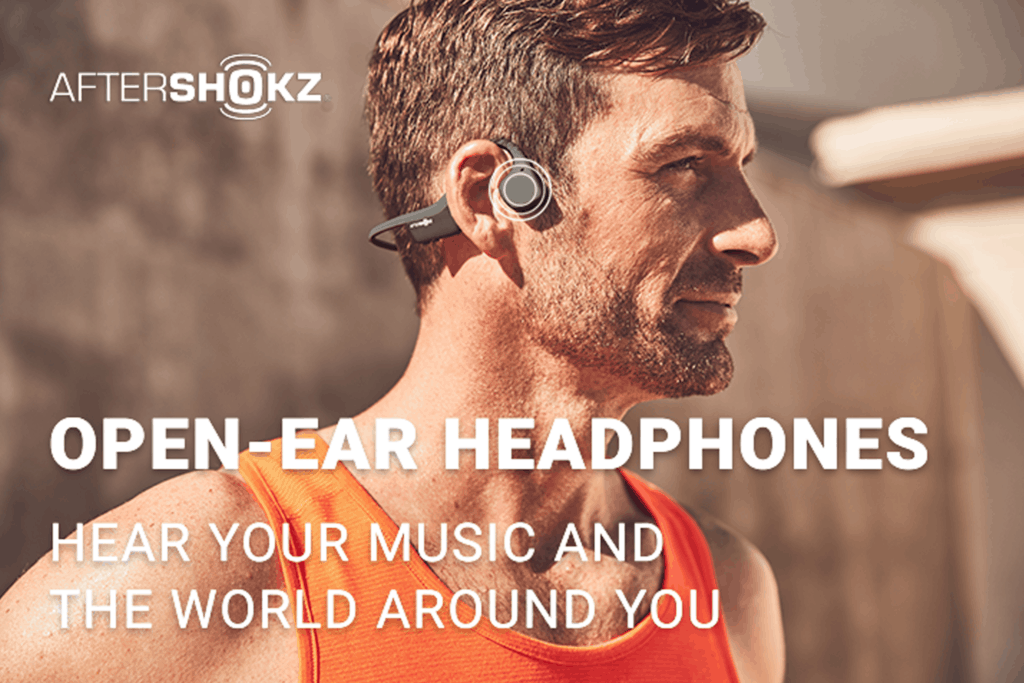 If you're listening to this podcast while walking or running, I hope you're wearing their open-ear bone conduction headphones.

Not only do they enable you to listen to your podcasts and music safely, but since they don't go in your ear, they are the most comfortable headphones I've ever owned– and they never fall out! To learn more, check them out here.