By Harris GoldsteinNovember 19, 2018 No Comments 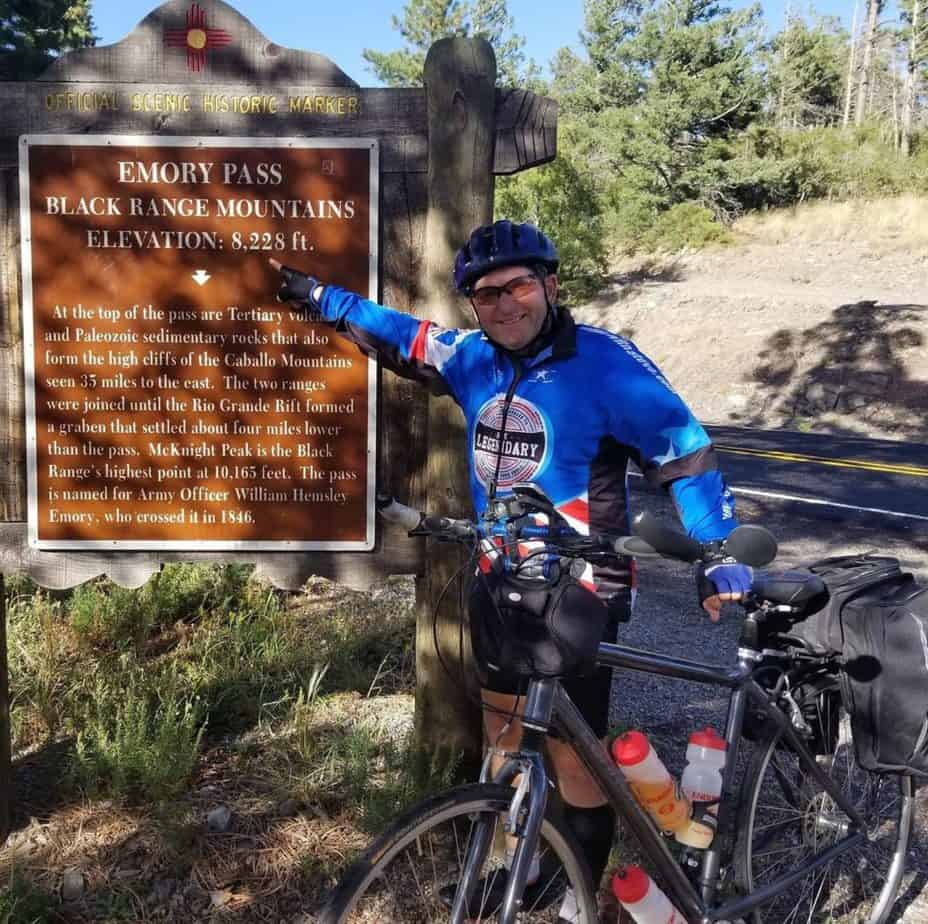 This edition of our Member Spotlight features Charity Miles member Steve Hughes. Hailing from Maine, this Air Force veteran and Chief Master Sergeant just completed a nearly 3,000 mile journey from coast to coast to raise money for a variety of causes supporting America's veterans. I had to chance to chat with Steve, discussing his motivation for riding cross country, his involvement with Charity Miles and the amazing charities he is working so hard to support!

“I’m Originally from Oakland, California, but I live in Maine 9 months out of the year and Florida the other 3. I am retired from the Air Force.” After a prolific 28 year military career spanning from 1976 to 2003 Steve opted for a change, settling into a new, rewarding career as a teacher. “I work part time teaching classes around the world for the Military Child Education Coalition. I also do some leadership training with teens and other organizations.”

As a disabled vet for the last 13 years, Steve has been gradually losing feeling in his left leg and can no longer feel his toes. An experienced cyclist, he decided to take on an enormous challenge, cycling coast to coast across the continental United States while he is still able. “I have loved cycling since I can remember, having ridden all over the world while in the AF. I have always thought I would one day ride cross country. In 2005 I rode from Maine to Florida, and that is when I knew I wanted to go coast to coast. I wanted to show myself at 60, and with a bum leg, I could still do this, and to inspire others to never give up and always try!” 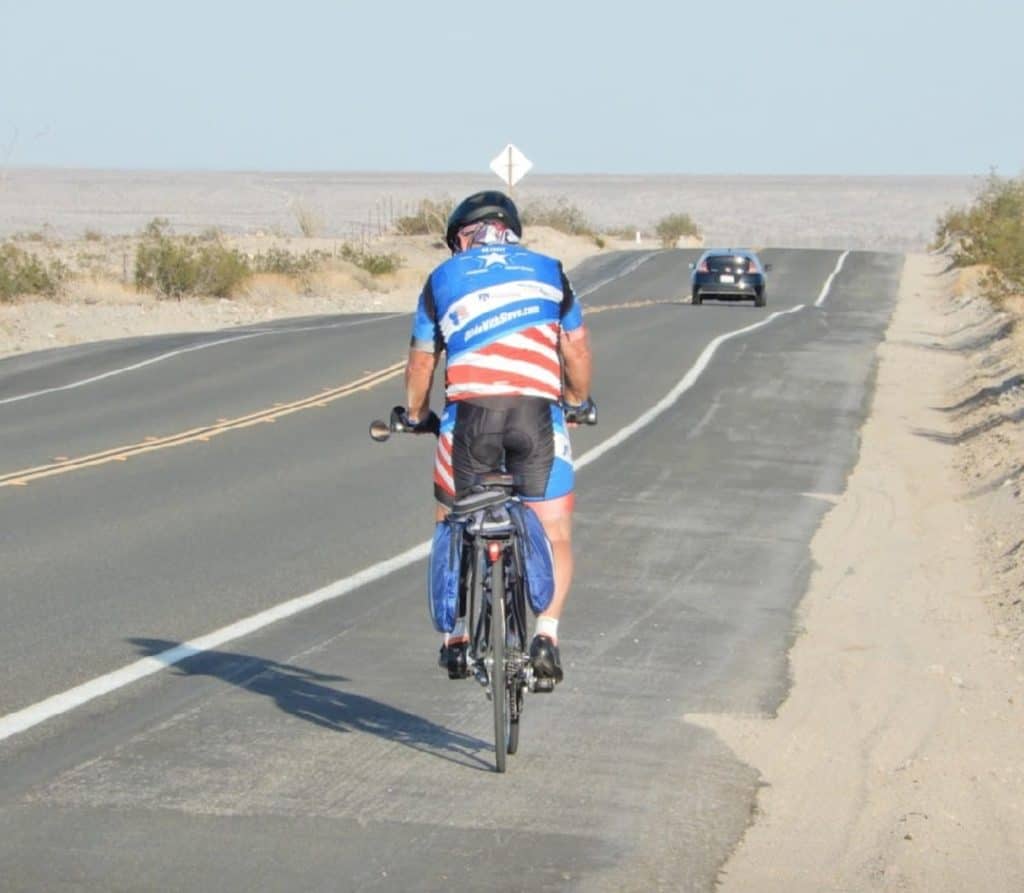 Following Adventure Cycling’s Southern Tier route, Steve left San Diego on September 19th and completed his journey in Jacksonville, Florida just yesterday, November 18th! His trip took him from San Diego through Arizona, New Mexico, Texas, Louisiana and along the Gulf Coast into Florida. Steve dipped his wheel in the Atlantic in St Augustine before finally riding up to Jacksonville, completing the last leg of his cross country trip.

Although he rode solo, Steve’s wife Deborah was never too far behind. “My wife is my support crew, so I have to give her kudos. I couldn't do this without her.” A typical day for Steve involved an early breakfast before long days on the bike. “Most mornings we are up around 7. I always have a good healthy breakfast, then we load the truck and trailer and hit the road. Some days we have to drive to the location we stopped the day before. I usually ride until 12:30 or so, then we stop somewhere where Deb makes us sandwiches. I take about 30 minutes and then I ride until I reach my predetermined destination. We regularly find ourselves forgetting what day of the week it is and what date it is.” Steve typically rode between 50-60 miles, with some longer days along the route closer to Florida. 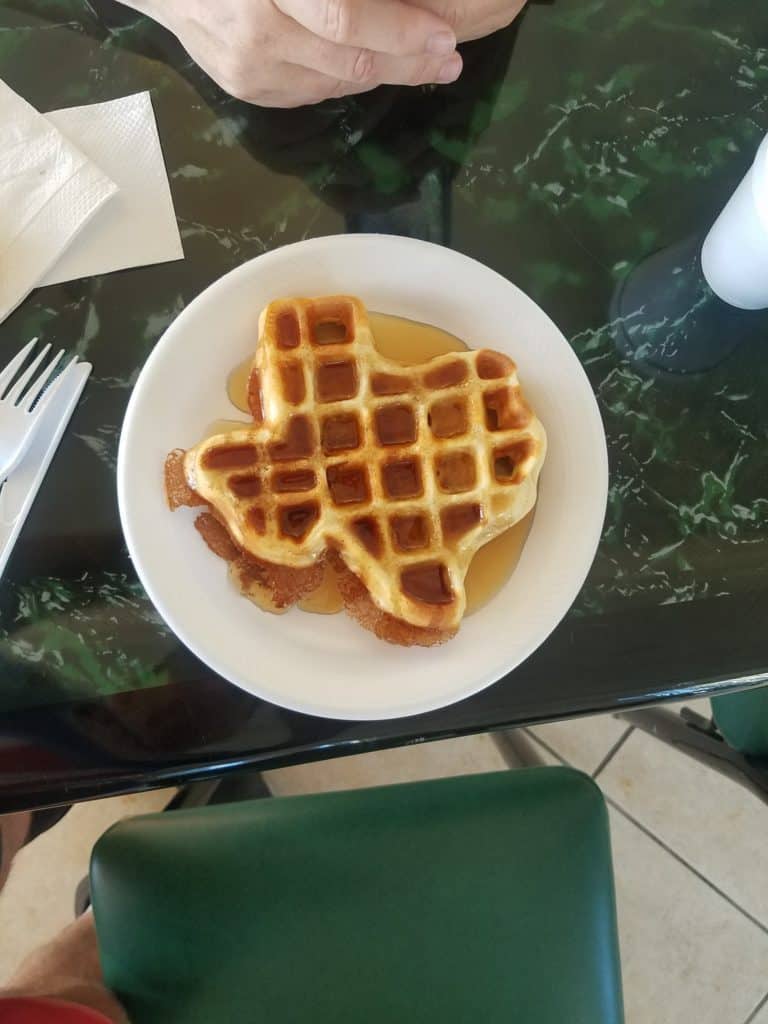 Steve made an incredible impact through along the way, fundraising for multiple causes near and dear to him. “With the app, I ride solely for Autism Speaks in honor of my grandson Jackson who is on the autism spectrum.” In addition, Steve has fundraised for an additional 3 organizations: Project Hero, the Travis Mills Foundation and the Air Force Enlisted Village.

Project Hero is an amazing organization which uses organized bike rides to bring attention to PTSD, while making a huge difference in the lives of veterans and first responders alike. The Travis Mills Foundation is an organization created in support of the very inspiring Army Staff Sergeant Travis Mills, 1 of only 5 quadruple amputees from Afghanistan. The organization works to support veteran amputees throughout the United States. The third organization, Air Force Enlisted Village, is especially meaningful to Steve as he was close friends with the CEO, a brave man who unfortunately lost his battle with cancer. The non profit works to provide long term support for families of Air Force veterans in the form of a retirement community. Fundraising for AEV is Steve’s way of following through with a promise he made to his old friend. 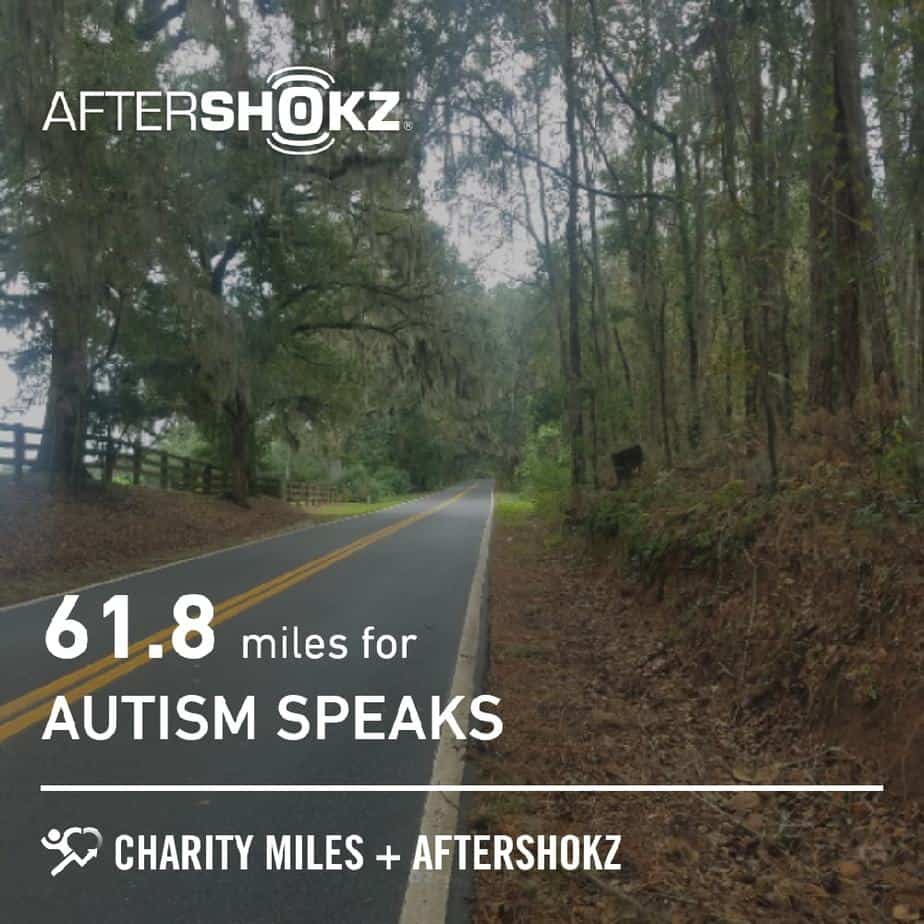 Steve began using Charity Miles in December 2017 after he was turned onto the app by Air Force Enlisted Village. “I love what Charity Miles does, and it was the first one like this introduced to me. It has everything I need!”

At the time of our conversation, a rest day in Austin, Steve stated “I have a goal, and I have so many people pulling for me. I feel myself getting stronger and I look back at all the tough days, it gives me the spark I need to keep going. I have never quit anything in my life. My wife is my biggest cheerleader, and all the messages of encouragement I get everyday push me!”

Steve has a unique way of bringing awareness to the important topic of mental health amongst America’s military. “I do 20 pushups before my ride and after to bring awareness to the 20 veterans who take their lives each day.” Keep up the amazing work Steve and congratulations on your amazing accomplishment!For more information on Steve’s ride and the charities he supports you can visit www.iridewithsteve.com.