By Harris GoldsteinMarch 5, 2019 No Comments 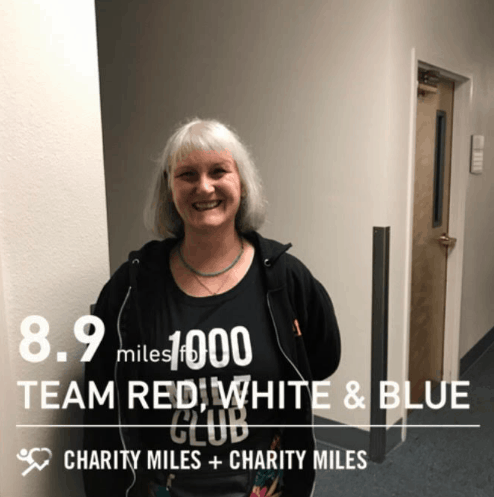 This edition of our Member Spotlight features Charity Miles member Rilene Ann! I had the chance to chat with the southern Oregon resident and military veteran about how Charity Miles has impacted her life for the better. Check it out!

Born in Guam to military parents, Rilene has been familiar with the military since birth. She would go on to serve in the Air Force herself, meeting her husband and fellow US Airmen along the way. The military is truly a family affair for Rilene as her brother served in the Navy as well, with her son serving first in the Navy and then as a Marine.

“I served in the Vietnam Era from 1976-1981. I was at a flight training wing in Mississippi when the Shah of Iran was overthrown. I went to Alaska in 1978 serving with Alaska Air Command. I worked at Wing and Squadron level with scheduling and training.” Rilene’s hard work was recognized, as she was given the prestigious Airman of the Quarter award multiple times.

“I was even on the first military float in the Fur Rondy parade. I left Alaska after Mt. St. Helens blew [1980] and went to Riverside California, joining the US Air Force Reserves while attending CSU San Bernardino.” It was at CSU San Bernardino where Rilene would get her Bachelor of Arts in Human Development, spending a fifth year studying Elementary Education. “I moved to Portland, OR and got my MPA there.” 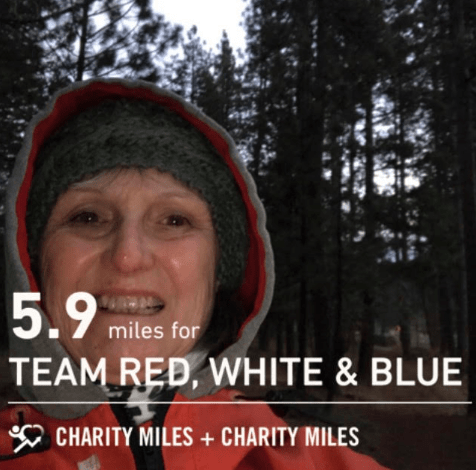 Currently, Rilene works as an addiction therapist for the VA in Medford, Oregon. When asked how she heard about Charity Miles Rilene responded, “I started Charity Miles when I lived in Sitka, Alaska. I originally played Pokemon and thought it was a great motivator to get me out walking. Then I saw Charity Miles on Instagram and I liked walking to earn funds for worthwhile ventures. I love to volunteer as I find it gives me access to the best people who stay active.”

“I walk around Eagle Point Oregon daily and love to hike anytime can. I often still find I forget to log miles but then when I remember it motivates me.” She logs miles for Team Red White and Blue, continuing to support the military in any way she can.

Rilene, THANK YOU for the many sacrifices that you and your family have made over the years! We are proud to have you as a member of the Charity Miles community and we wish you well in the future!