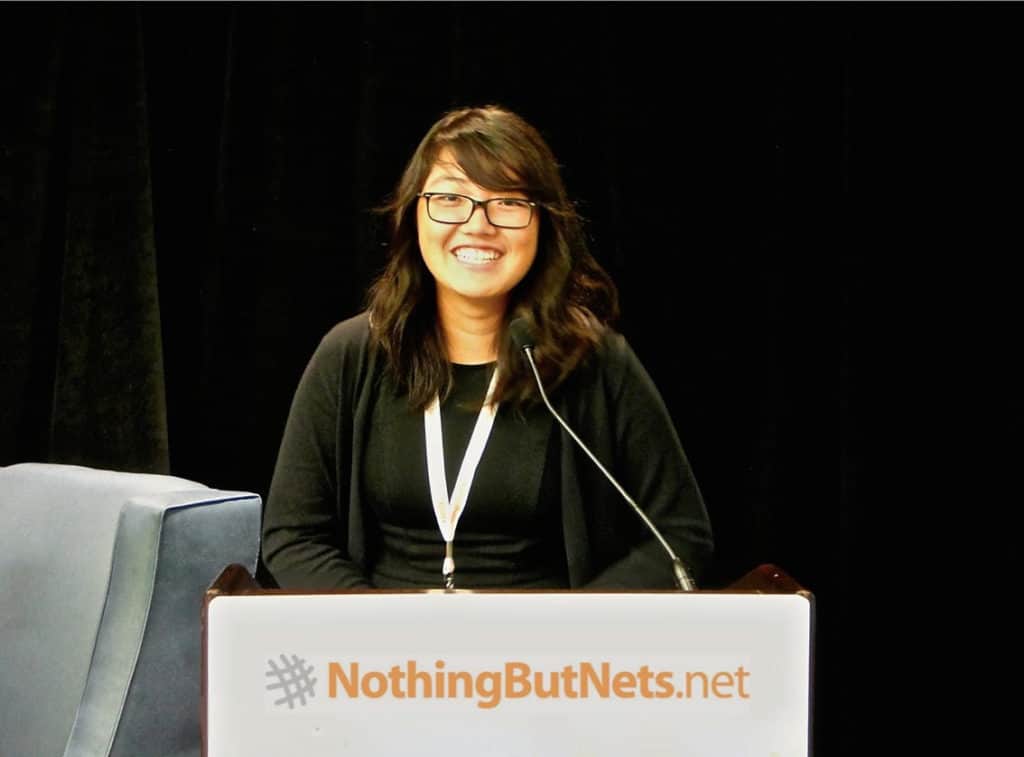 This edition of our Member Spotlight features Charity Miles member Naomi Kodama! The Miami native and NYU student is active in the fight against malaria, having been named the 25th Champion of the Nothing But Nets campaign! Her Charity Miles team @Brazil4NBN-Naomi25 has already logged over 30,000 miles and counting! I recently had the opportunity to chat with Naomi’s father Edson about how her daughter became involved with Nothing But Nets and how their team is working to help those with malaria in Brazil.

Naomi’s interest with helping those in need began at the age of seven, sparked by an unfortunate natural disaster. “My wife Cristina and I were with Naomi celebrating her birthday in a restaurant, just the three of us. It was December 26, 2004 when we watched the scenes of the terrible earthquake followed by the tsunami that hit Indonesia. I was the Secretary General of Junior Chamber International and after leaving my wife and Naomi at home, I outlined a relief project and I pretty much stayed working on the project until the new year started.”

“She came to me to sort of complain that we did not go anywhere during the holidays. That´s when I showed her the images of the tsunami and explained that I was helping the people who suffered from the tragedy and that there were a lot of children like her, who lost everything, their houses, and some lost their parents too. With the innocence of a seven-year-old, she asked if the children had lost their toys too, and I said yes.” 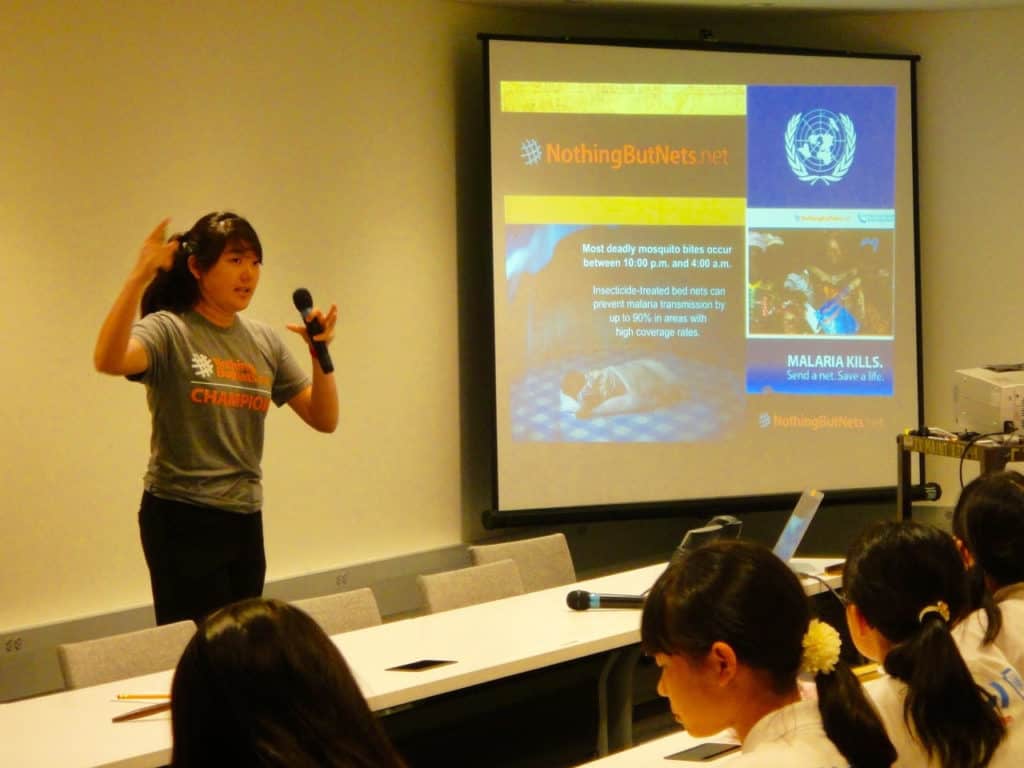 Several days later when school resumed Naomi’s parents were planning her birthday party as her birthday falls the day after Christmas. “I was in Japan when my wife called and told me that Naomi wanted to talk to me. I thought she wanted to tell me what she wanted for her birthday party, but to my surprise she said that she did not want any presents and that she would like to ask for donations to help the children victims of the tsunami. She also said that she would give all the money she had, and when I asked how much she had the answer was $3.75. The following year we were looking for a campaign or institution when we heard about the launching of the Nothing But Nets and we have been with them since.”

Naomi’s introduction to malaria started with her family trips to Africa. “While we used to live in Miami we did our share of going to Disney during holidays then I told Naomi that I would take her to places none would go. And we went to Africa on a few occasions. Mali, Zimbabwe, Botswana and South Africa are places where we went as family to give donations (toys and stuffed animals) to orphanages as well as the malaria mosquito prevention bed nets.”

Her tremendous work with Nothing But Nets has been recognized by a number of prominent individuals, culminating with two signed letters from none other than the former President and First Lady, Barack and Michelle Obama. Naomi was even named the 25th Champion of Nothing But Nets campaign, joining the ranks of George Bush, PM Tony Blair and former UN Secretary General Ban Ki-moon, among others. 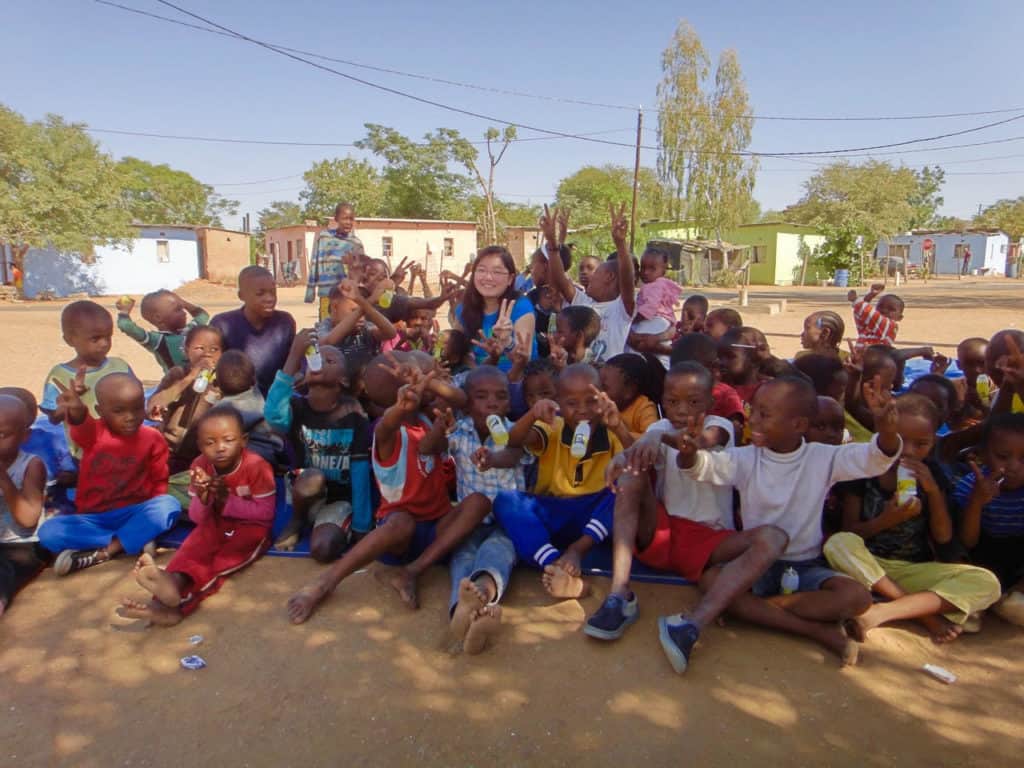 Upon returning from a trip to Mali in which her and her family distributed bed nets and stuffed animals to over 500 children across multiple orphanages, Naomi was quoted as saying, “It was through helping those in need that I found the real meaning of happiness and of what is really important in life.”

Kodama’s involvement with Charity Miles began after she stumbled across the app while browsing the internet. Soon afterwards, Naomi had the idea to create a team within the app to benefit Nothing But Nets. “The initiative to create the team was my daughter’s. While we try to help people the best way we can, our pockets are limited and we found Charity Miles as a way to help a good cause while keeping ourselves in shape, without overextending ourselves.”

“Last year, the World Health Organization warned about the risk of Malaria cases growing in Latin American countries and Brazil was one of them. I am Brazilian and so is my wife (we have been in the US since 1993). With her involvement with Nothing But Nets since its start, we thought to mobilize our family and friends down in Brazil and created the team @Brazil4NBN-Naomi25.” 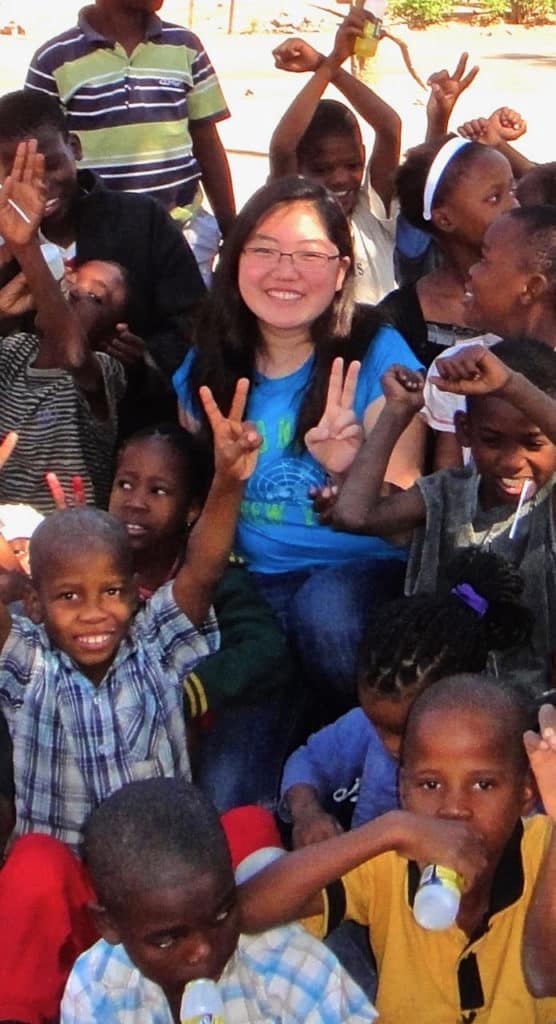 “The team has completed one round across the world and we are going for the second round. One round around the Equator is 24,900 miles and the team has passed the 30,000 mile mark. Most of the team members are family and friends from Brazil. We encouraged them to join the team by saying that Brazil appeared in the map of countries that could be affected by the disease and that Charity Miles would be an easy and affordable way to help a good cause and on top of that, become fit. We even have Naomi’s grandfather adding miles in the program. He is 90 and contributes with his steel walker. We went around the world to fight against Malaria and it is possible thanks to Charity Miles.”

“Charity Miles came in good timing as Naomi is now a college student and does not have much of the free time like she used to when she held fund raising events in high school. We know the hardship to contact people to seek donations. Charity Miles is an easy sell, since you just need to sweat and accumulate miles. It is a brilliant concept, and I personally believe that it is something to be promoted. In the case of Nothing But Nets, I know first hand of lots of people in those countries that would like to do something, instead of being just the receiver of the process. There are proud people in those countries, and Charity Miles is an excellent way to allow them to shift their stance and cross the line to come to the other side of the givers.” 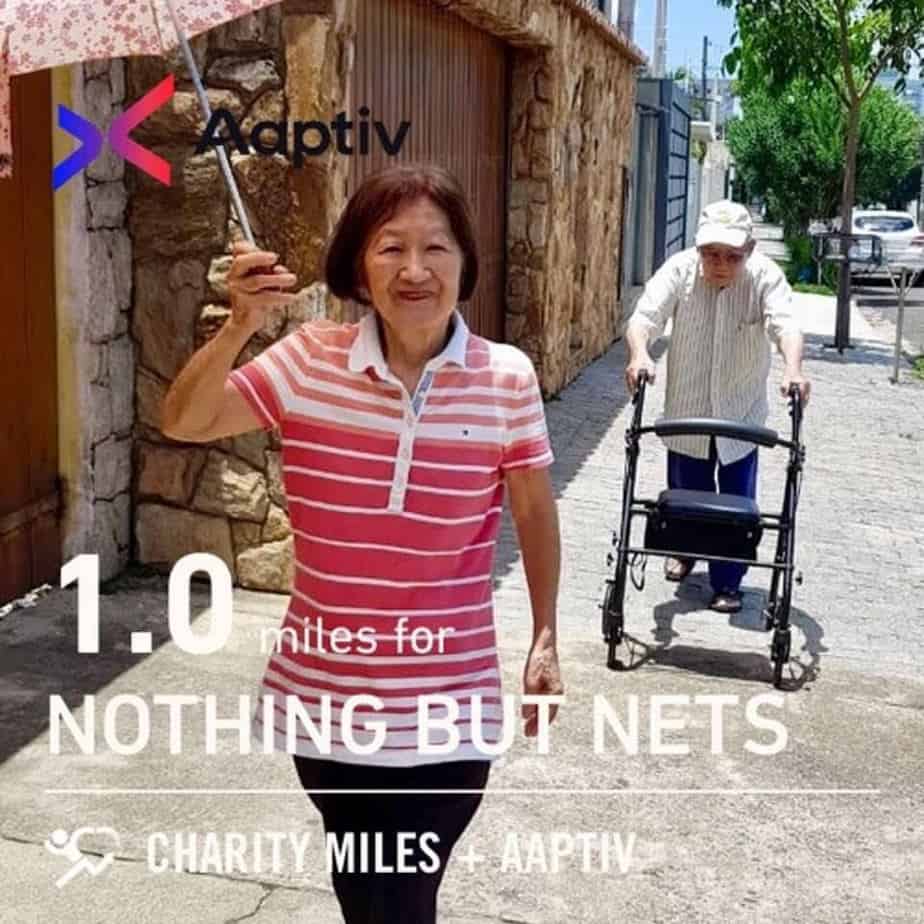 What does the future hold for Naomi? “Naomi is at NYU and like many of her friends, she is still not sure what direction her future will take. She is studying International Studies with a focus in Asia right now, but only time will tell.”

As for Edson? “I would love to get more involved in humanitarian issues. My dream is to work on UN causes and help spread its values around the world.”

Naomi and Edson, congratulations on all you have achieved this far and good luck in the future! 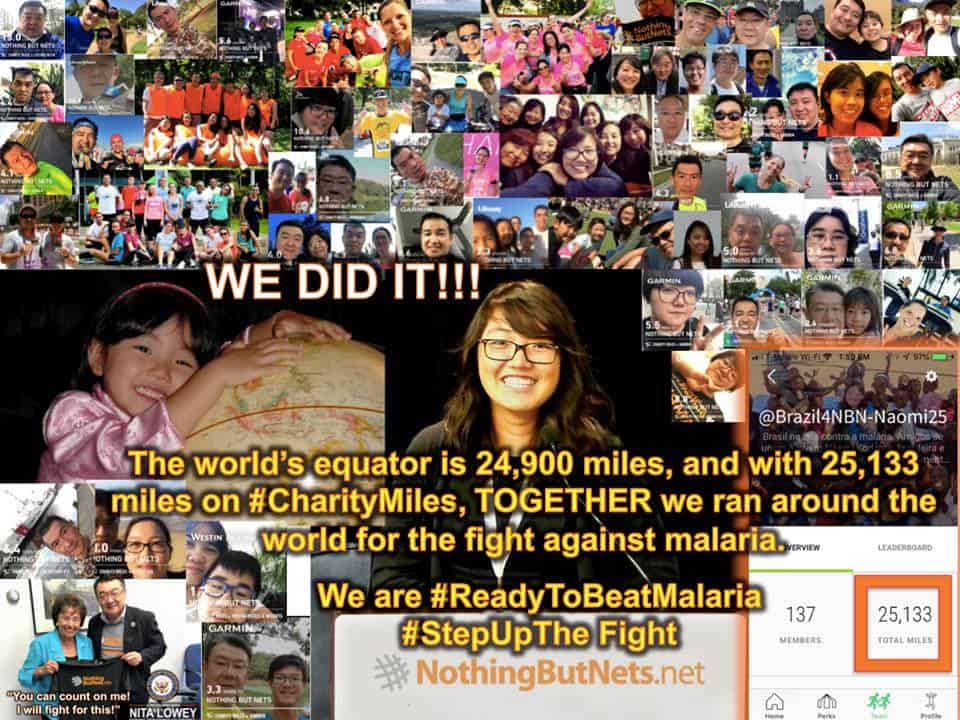