By Harris GoldsteinFebruary 13, 2019 No Comments 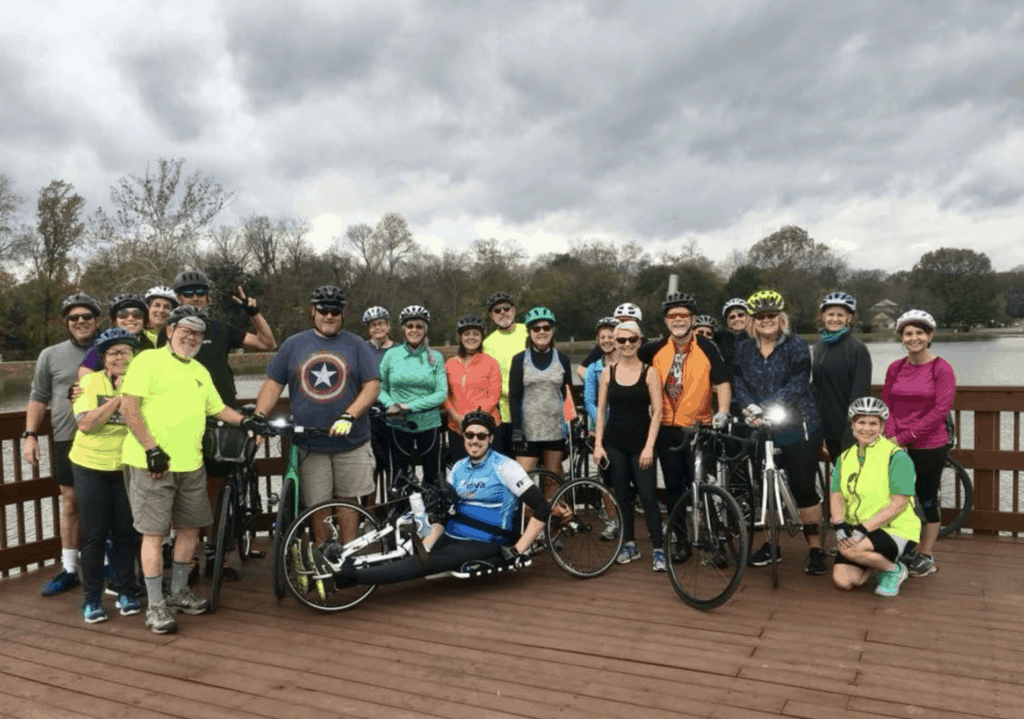 This special edition of our Member Spotlight features Charity Miles team Le Tour de Ham! Based in Birmingham, Alabama, Le Tour de Ham has been riding weekly for the last six years! I had the chance to chat with Daniel Webb, the ride leader who has led the social group since 2015! Check it out!

“Le Tour de Ham is not an official organization. We are just a group of cyclists who are very passionate about riding, and even more passionate about having fun while riding!” The group has two rides out of Birmingham each week, Saturday, Tuesday. The Saturday Stroll as it’s called is targeted more towards new riders when compared to Tuesday ride.

“The Saturday Stroll offers a beginner loop followed by a 2nd segment where we go somewhere “crazy!” We begin our ride at Back Forty Beer Company. The brewery is closed when we start out in the morning, but is a great place to end the day with craft beer and a revolving menu from Chef Russ Bodner! Our 2nd destination is usually somewhere on the outskirts of town such as a loop around the Birmingham-Shuttlesworth Airport, The Southern Museum of Flight or the Vulcan statue that sits high atop Red Mountain!”

The Tuesday ride differs from the Saturday ride in that the “Tuesday ride is typically a little faster paced with several regroup breaks since it is a no drop ride. We spread out, but never leave riders behind. We have a regular sweeper named Greg Harber and several volunteers who fill in when Greg is on other adventures. These folks include Egla Nora, Hugh Alford and David Hogan (Cycling Talk). Our Tuesday ride currently starts/ends at Makario’s Kabob & Grill. We hang out at Makario’s for a late dinner after the ride.”

Over the years Le Tour de Ham have become involved with various local charities, most notably Redemptive Cycles, a non-profit bike shop. “The shop works with the community to provide transportation opportunities for disadvantaged individuals. They have an Earn-a-Bike program where they give participants a bike, lock, helmet, lights and in store repair credit after proving they are either drug free or in a program, and after serving 12 hours of community service. The shop also provides a sliding scale repair service for those who can’t afford to pay full price.

“The Thursday Night Trample has been rolling from Redemptive every Thursday for the past 3 ½ years, and have NEVER cancelled a ride for any reason. The Trample is where myself and so many others started group riding. There are doctors, lawyers, bank VP’s, scientists from UAB, blue collar workers and managers like myself and homeless people on this ride. It is a very special gathering every Thursday where everyone is the same for a few hours; no matter who you are, where you live or what you have. It is truly an amazing experience and a weekly holiday that many of us celebrate! 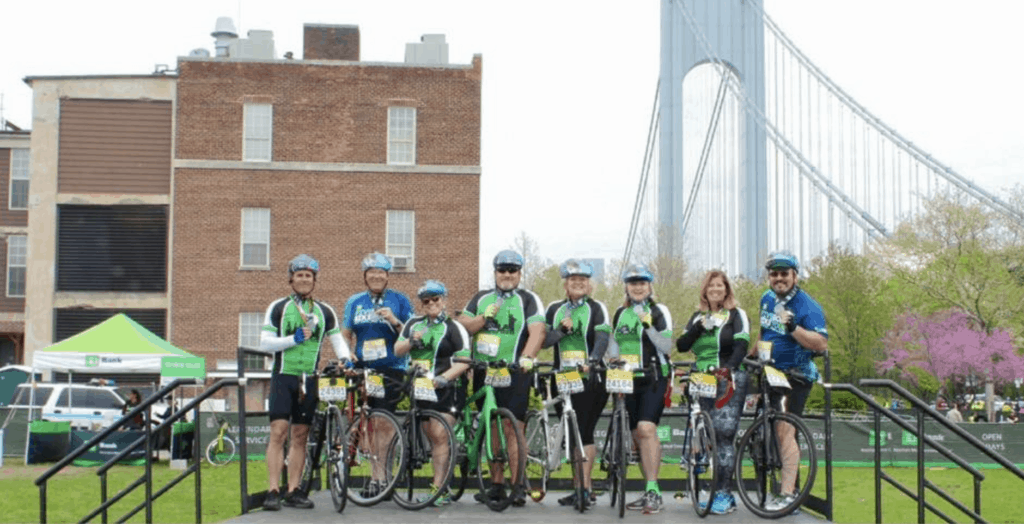 “Our group participates in several charitable events each year like Cycliad, Ride United and Tour de Brewers. Members have also participated in several rides in other cities and states including the Five Boros Bike Tour in NYC, Bike Fest 2018 in North Hampton, Massachusetts, The Tuscaloosa Trek Chief Ladiga Metric Century from Anniston, Al to the Georgia State Line and The Beers & Gears Century in Mobile, AL. We are planning a return to New York in May 2019 for the Five Boros Bike Tour, and some members of our group will be headed to Germany for a week long ride to see castles, drink beer and ride a lake trail into Austria and Switzerland.

“Le Tour de Ham is definitely a training ground for riders looking to get stronger and move onto faster groups, but a home that many return to often to reconnect with the social family! Participation on our rides fluctuate with the weather, but we will typically see 25 cyclists or so in the winter and up to 150 cyclists in the spring and summer.”

Le Tour de Ham became involved with Charity Miles after Daniel was introduced to the app by a fellow cyclist on a group ride. “Rachel Daniel, a cyclist that joined our team when we started Saturday Stroll, introduced me to Charity Miles. She now rides nearly every Tuesday and Saturday. She regularly leads the ride when I am traveling. She has recently started a Sunday ride called Views & Brews that focuses on mileage, murals, donuts and beer! She also upcycles used bike parts into jewelry that can be found in local shops around Birmingham.

“We currently have 41 members on our Charity Miles team and have accumulated over 50,000 miles since starting our team last year. We do not have a specific charity that we all sponsor, but many of our riders sponsor RWB since we also ride with them on Sundays. We also have a few riders that have disabilities, so we tend to see a lot of support for The MS Society, The M. J. Fox Foundation and The Special Olympics.” 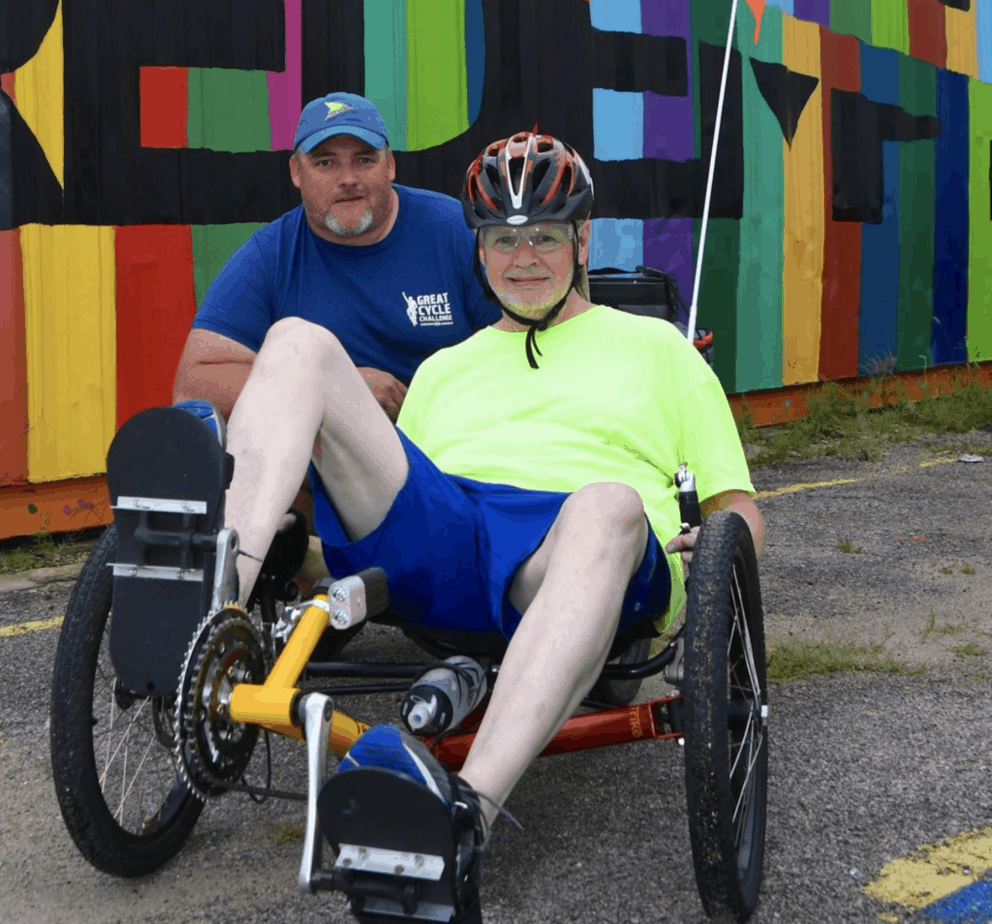 Although Le Tour de Ham has a fantastic group of riders, several riders in particular deserve to be individually recognized, as is the case with riders Phil and Bill. “Phil Carvalho rides a hand cycle. He has did Ragbri twice and hosted our group at his parents house this past fall in Massachusetts for Bikefest 2018. We regularly pull into a filling station and take a picture of him at the pump.

“We also have Bill Elliott who has Parkinson’s Disease. He has become a regular rider since joining last year. Through him and a few others we are working to partner with Lakeshore Foundation to get riders with disabilities to join our group. We plan on doing our first ride with them in the spring.”

The group has seen several changes since Daniel Webb took over as ride leader several years ago. “I would have to say that the group has become more dynamic since 2015. When I first started riding with the group we met in the same place every week and did the same route EVERY week. The group wouldn’t ride in the rain and would cancel if the temperature dropped below 50 degrees. It was much too predictable for me. When I started leading, we started moving the starting location a couple times each year and we started doing different routes. Today, if one rider shows and it’s safe to ride (no lightning, tornadoes or ice), we are rolling!”

Aside from his role with Le Tour de Ham Daniel has an interesting story of his own. “I manage two shortline railroads for a company named Transtar, which is wholly owned and operated by US Steel. I started my railroad career at CSX Transportation, a Class 1 Railroad, where I was a Conductor, a Locomotive Engineer, a Yardmaster and a Trainmaster. I was with CSX for 16 years before leaving for Transtar. 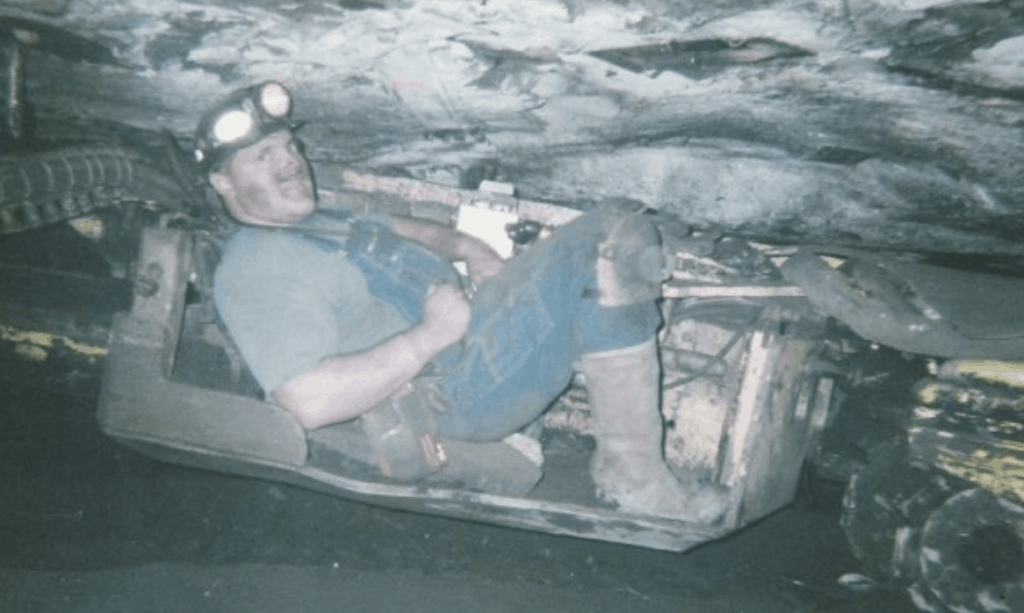 “Prior to that, I was an underground coal miner. I moved from West Virginia to Alabama in 1992 to be a coal miner and started out at $6 per hour. I was injured in a mining accident in 1995 when a petrified tree fell from the mine roof and broke my ankle in 3 places. I still struggle with that injury today, but it is the main reason that I started cycling and eventually ended up with Le Tour de Ham.

Le Tour de Ham is an amazing group of individuals and we wish nothing but the best for them going forwards. Thank you to Daniel Webb and the rest of the Le Tour de Ham community! Keep up the great work!

You can keep up with Le Tour de Ham’s activities through the following link. https://linktr.ee/letourdeham