By Harris GoldsteinMay 1, 2019 No Comments 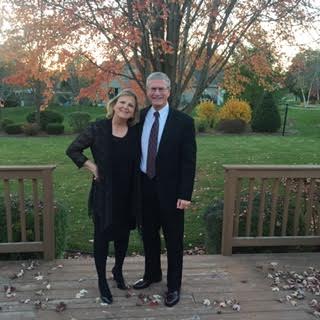 This edition of our Member Spotlight features Charity Miles member Jim Dobrinska! Jim has logged over 10,000 miles since downloading the app several years ago! Check it out!

“I have worked as a wealth management advisor with Northwestern Mutual since 1990. I live in New Berlin, Wisconsin which is a suburb of Milwaukee. I was fortunate to have been involved in sports as a teenager and having a lean and muscular build. I am 5 foot 10 inches tall and graduated from high school weighing 135 pounds and college weighing 155 pounds. When I got married I still weighed around 155 pounds.”

Several years later, Jim and his wife Marcy decided to begin their family. “We were fortunate to have 5 amazing children. Our oldest son was born in August of 1989, we had triplet daughters born in May of 1991 and our youngest son was born in March of 1994. For a short time we had 5 children ages 4 or younger. As you can imagine things were very busy and there were so many events going on each day. I slowly gained a little weight into the low 170's and kept in good shape.” 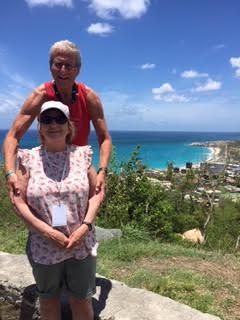 “In 2002 I joined The Princeton Club in our community where I enjoyed exercising on a regular basis. Over the next 12 years I slowly added one or two pounds each year. The last 3 months of each year are the hardest for me. My wife buys 20 pounds of candy for Halloween and my birthday is the following week. Thanksgiving comes at the end of November and then the Christmas season follows. At the end of 2014 I found myself weighing 194 pounds. I knew I had to change my eating habits and exercise routine.”

That summer, Jim and Marcy took a trip to Lake Geneva, Wisconsin, where they took a boat ride around the lake. “The tour guide said there was a path around the entire lake and the distance was about 21 miles. In the fall of 2014, I walked around Lake Geneva with 3 of my children.” Several months later, Jim decided to take his walking one step further.

“I decided on January 1, 2015 that I was going to walk 1,600 miles in an effort to lose weight.” That is when Jim was introduced to Charity Miles. “My wife told me about the app. She had heard about it as a co-worker of hers used to use the app. At that time I installed the app on my phone.”

Jim went on to have a massive 2015, beating his mileage goal by nearly 1,000 miles! “In 2015 I logged 2,592 miles for Charity Miles. I called it “walking to a better me”, as having a tagline gave me encouragement to start a transformation. I chose The Wounded Warrior Project as my charity. With over 40 charities to choose from, what a great way to help out a charity by walking, running or biking. I have shared the Charity Miles story with hundreds of people for the past 4 years. Charity Miles is the only app I have ever used.” 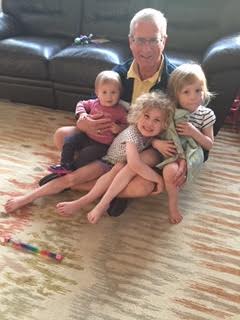 Since downloading the app Jim has been fully committed to his fitness journey. “My typical Monday through Friday routine is to wake up at 4:25, arrive at the Princeton Club at 4:45, lift weights for one hour and walk 5 to 7 miles. I leave at 7:30 or 8:00. If there is time available during lunch or after work I try to get in several more miles. On Saturday, I usually am at the club from 6:00 to 8:00. I generally take Sundays off.”

“I completed the 2015 Tough Mudder event at age 59 with my youngest son, which was on my bucket list of things to accomplish. On 12/27/2018, I passed the 10,000 mile mark. As I near retirement I look forward to continuing logging Charity Miles for years to come. Thank you Charity Miles!”