By Harris GoldsteinJanuary 23, 2019 No Comments 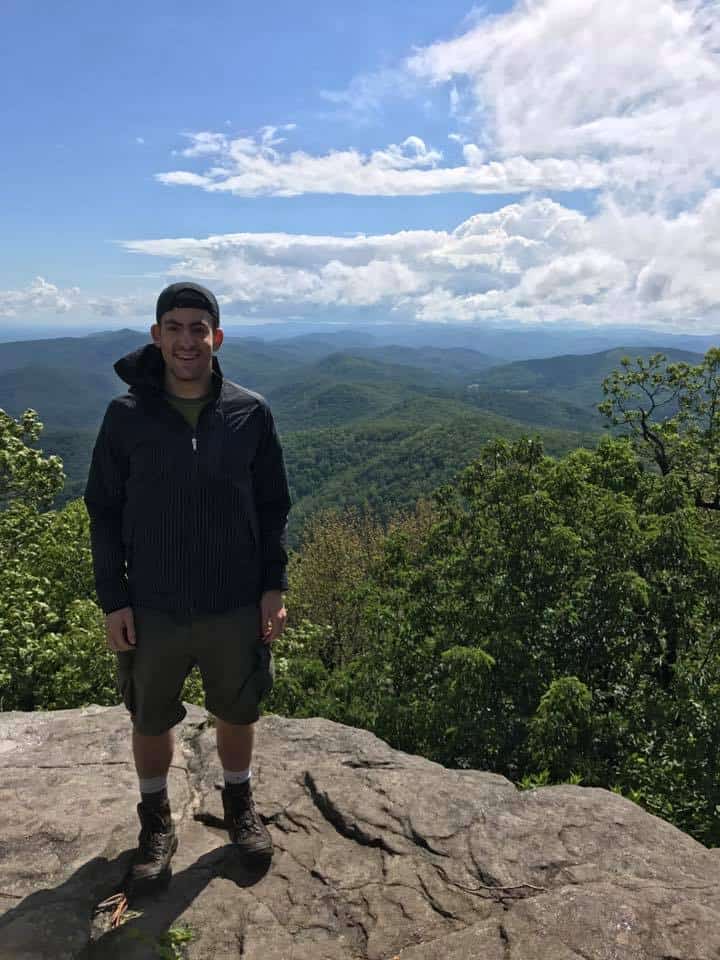 In this special edition of our Member Spotlight I will be featuring a member of the Charity Miles staff…myself! After months of sharing the incredible stories of many within the Charity Miles community I thought it would be interesting to spotlight myself and share my fitness journey over the years.

Born and raised in Short Hills, New Jersey I am a 22 year old senior at Tulane University in New Orleans. I study International Development and Political Science and have a passion for physical activity, most notably hockey, cycling, running and hiking. I became active in sports from a young age as I played ice hockey from my childhood through high school and into college on Tulane’s club hockey team. My journey with cycling began many years ago when I was just 14.

Bored of the monotony of summer camp year after year, my father suggested I try a long distance bike tour, similar to the trips that he had done when he was a teen. I decided to give it a try and that summer I biked from Seattle to San Francisco down the coastline. Camping in the woods night after night and spending virtually all of my time outdoors, I was hooked on bicycle touring. A trip through California’s majestic Redwood Forest solidified my love for the outdoors.

The following summer I took on a slightly more difficult challenge, cycling from Amsterdam to Barcelona while traveling through Holland, Belgium, France, Germany, Luxembourg, Switzerland and Spain. The route took us through both the Pyrenees and the Alps, while exposing me to beauty of small-town Europe for the very first time. 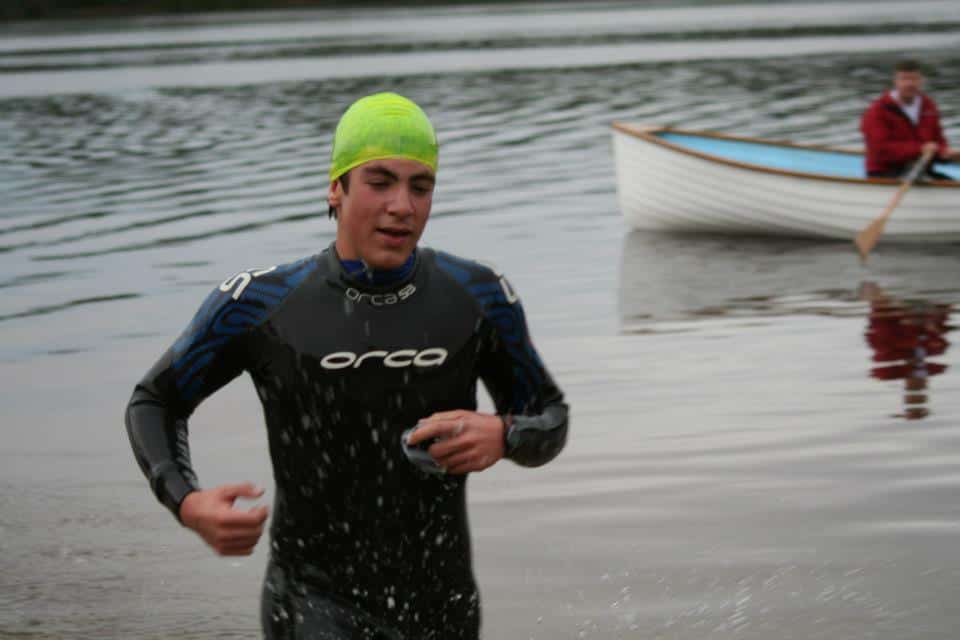 Upon returning home I began working for a local bike shop. Soon after I decided to enter my first triathlon at age 15 after speaking to one of my coworkers who was training for his first Ironman. Ambitiously, I signed up for a half Ironman a mere two months before the race with little to no swimming experience. I ended up completing the race in just under 7 hours and I’ve had an interest in triathlon ever since.

At age 16 I took on my biggest challenge to date, cycling over 3,300 miles across the continental United States over the span of six weeks. Dipping our front wheels in the Atlantic Ocean, my group and I made our way across the country. Beginning in Charleston, South Carolina we passed through Georgia, Alabama, Mississippi, Arkansas, Oklahoma, New Mexico, and Arizona, ultimately completing our journey in Los Angeles, California with the dipping of our front wheels in the Pacific.

At age 17 I spent my summer traveling once again as I spent a month in Tanzania. My group and I spent a week up in the Usambara Mountains where we watched local villagers cultivate coffee beans. The following week we embarked on a walking and driving safari through the Ngorogoro Crater and the Serengeti, hiking and driving alongside some of the most graceful animals on the planet. After that we spent a few days at an Arusha based orphanage before summiting Mt. Kilimanjaro, the tallest peak in Africa at 19,341 feet.

Two years after that I decided to enter into a full length Ironman at age 19. Battling IT-band syndrome and patellar tendonitis, I ultimately crossed the finish line after walking the last several miles of the race.

In the summer of 2017 I was once again craving adventure and I had my sights set on an activity I had little experience with: long distance hiking. After weeks of trying to convince my parents to let me live alone in the Appalachian Mountains they reluctantly agreed. Over the course of 50 days I solo hiked 617 miles of the Appalachian Trial from Springer Mountain, Georgia to a small town in rural Virginia. Having only completed 1/4th of the over 2,200 mile trail I hope to return in the coming years and finish what I started. 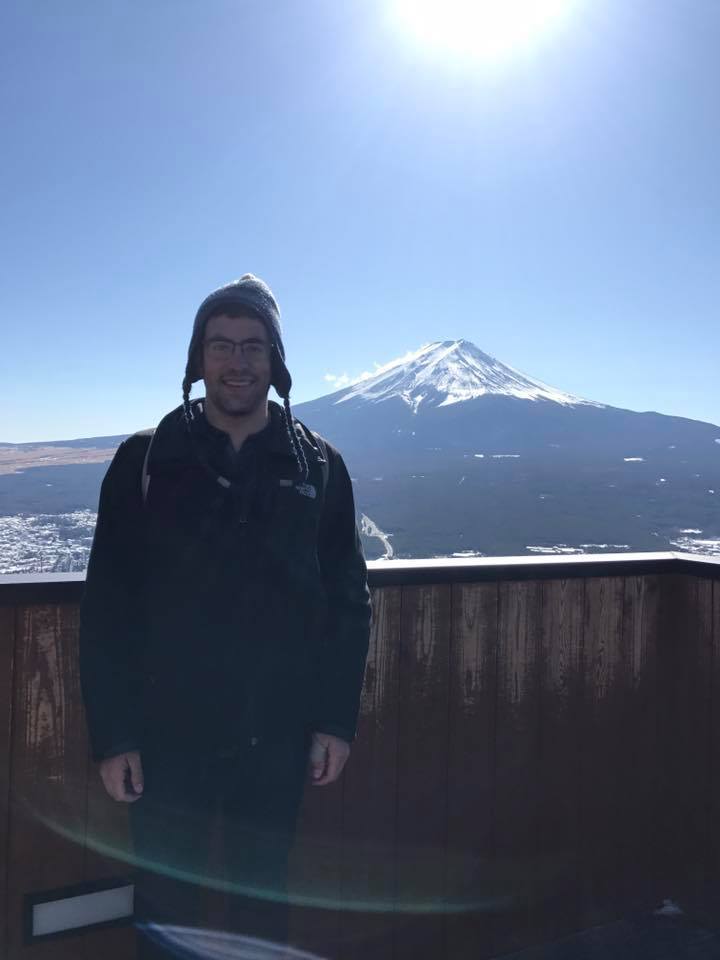 I spent the first half of 2018 traveling across the globe as a student on Semester at Sea’s MV World Odyssey. Attending classes onboard and traveling in port, my fellow voyagers and I had the opportunity to travel to 12 countries across 4 continents, embarking in Ensenada, Mexico and disembarking 4 months later in Lisbon, Portugal.

My relationship with Charity Miles began when I was introduced to Gene through a mutual friend in late 2017. I began working for Charity Miles soon after in May of last year. In regard to charity I like to change it up quite a bit, but I currently log miles for the Leukemia and Lymphoma Society.

Nowadays, I am training for Ironman 70.3 Gulf Coast in Panama City Beach in May of this year. I love the work that Charity Miles does and I greatly appreciate the opportunity to be a part of the team (albeit a small one). I treasure the platform I have as I get to spread joy and inspiration in the form of these Member Spotlights. I have seen Charity Miles grow and adapt over the last 10 or so months and I am excited for the future!