By Harris GoldsteinAugust 16, 2018 No Comments 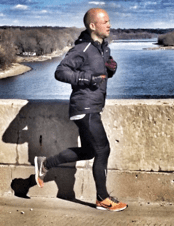 There are over 30 million Americans currently living with diabetes nationwide. While the symptoms of diabetes are undeniably horrendous (diabetes currently ranks as the #7 cause of death in the US) many diabetics are thriving despite enormous adversity. Meet Charity Miles member Doug Masiuk. The Maryland native and NYU graduate currently calls Colorado home. He was diagnosed with type 1 diabetes on November 1, 1977, living with the condition since the age of 3. Doug, a gifted endurance runner, works to inspire others living with diabetes throughout the US and abroad. Some of his incredible feats include completing the Leadville Silver Rush 50 Run and being the first person with Type 1 diabetes to run across the continental United States! While Doug’s life currently revolves around running, it hasn’t always been this way.

Many years ago his life was on a different path as he chain smoked, ate poorly and was seldom physically active. “I was indifferent about my health. Used to smoke everyday. Ate like garbage. If I wanted to make it to 50 I was gonna have to make a change.” One day Musiak decided he wanted to change his life for the better, taking up running. He started slow, trying to run to the end of the block. Run number one proved difficult, as Musiak threw up on the side of the road failing to complete his desired distance. Refusing to be discouraged, he continued running, increasing his distance little by little. “Everyday I went out and went a bit further and further. Within 8 to 9 months I seldom smoked cigarettes, but at this point I was also running about 20 miles a night…I then became addicted.”

Doug’s life as he knew it would change forever when he was hit by a car during a routine workout, while running on the side of the road. “I was hit by a car in 2011. I couldn’t run for a while. I went over the hood, but nothing was destroyed, just dislocations. In that moment of recovery your mad at the world, at yourself, at the circumstances and you can’t run.” After his aunt’s untimely death soon after his accident Doug felt it was as good a time as any to embark on an adventure. “When I was hit by that car no one with diabetes had ever run across the US. I got a crew with some friends and some support. We didn’t know what we were getting into but it was ocean to ocean.” With that Doug was off, attempting to run across the United States from San Francisco to New York City in 2012. 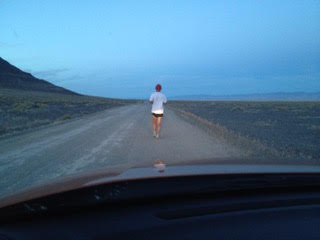 Doug’s journey across the US would last for over 6 months. “I got from San Francisco to Nevada in a hurry.” It was in Nevada that Doug realized he wanted to connect with people going forward, speaking to groups of diabetics along the way. “My gift is I can run far. My life is easy. I just need to move my body and open my mouth and share. If others were able to learn of my run maybe they too could see that diabetes is not a reason why they can’t. If I can run 40 miles a day why couldn’t a child with diabetes go out and get active too?” Running up to 40 miles a day is no easy feat, requiring Doug to consume around 10,000 calories each and every day. This was no issue, though, as Doug had a partnership with supermarket chain Whole Foods. The more he ran the less insulin he needed, his body adjusting to the massive distances. Over 6 months later Doug’s journey across the US came to an end as he arrived in New York, 3,400 miles after beginning his journey!

So what does Doug love about running? “It seems to be never ending, you can leave it and it is still there to return to. It’s very democratic- shoes (maybe), a place and intent. Doesn’t need to be more complicated than that.” He began using the Charity Miles app a year ago, running for the American Diabetes Association. “A person right now would do anything to have mobility, health, freedom. Maybe there in a hospital. By choosing to run with Charity Miles in a small way we are advocating for them. To support them in their challenges.” A normal run for Doug includes a 10 mile run each and every day, with a 20 mile run once a week!

Nowadays you can find Doug blending his passion for running with his passion for inspiring diabetics. Since 2013 Doug has organized 1 mile runs for diabetes. The first year there were twenty-eight 1 mile runs across the US, but the event as a whole had much room for improvement are there were as few as 3 people at various locations. Since then, the turnout has been on the rise. “The idea behind the 1 Mile Diabetes Run is most running events are 5k’s, marathons, ultras. For those who have not been active in years this may seem to be insurmountable. They may have never run a 5k in their life. How do you do so if you are out of shape, middle aged? Most all of us have moved a mile in high school.There is a point of reference. This is part of the success in these runs.” Unlike most other events, Doug refuses to charge a registration fee. “I never want money to be a reason why someone or a family does not attend.” 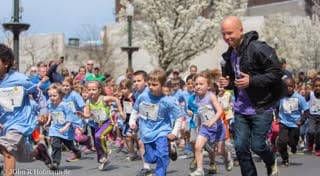 “On September 15th and 16th with events across the US people are coming together to move 1 mile and show solidarity in the fight to better diabetes. People do not need to be at these locations. They can run at their own convenience or grab some friends and join in from wherever they are. The great thing about diabetes is that exercise has a direct and positive impact on it. So move 1 mile to better it!”

What’s next for Doug? He plans to be the first person with diabetes and only the 21th person in history to run across Australia! To learn more about this year’s 1 Mile Run for Diabetes you can go to outrundiabetes.org.