By Harris GoldsteinJune 12, 2019 No Comments 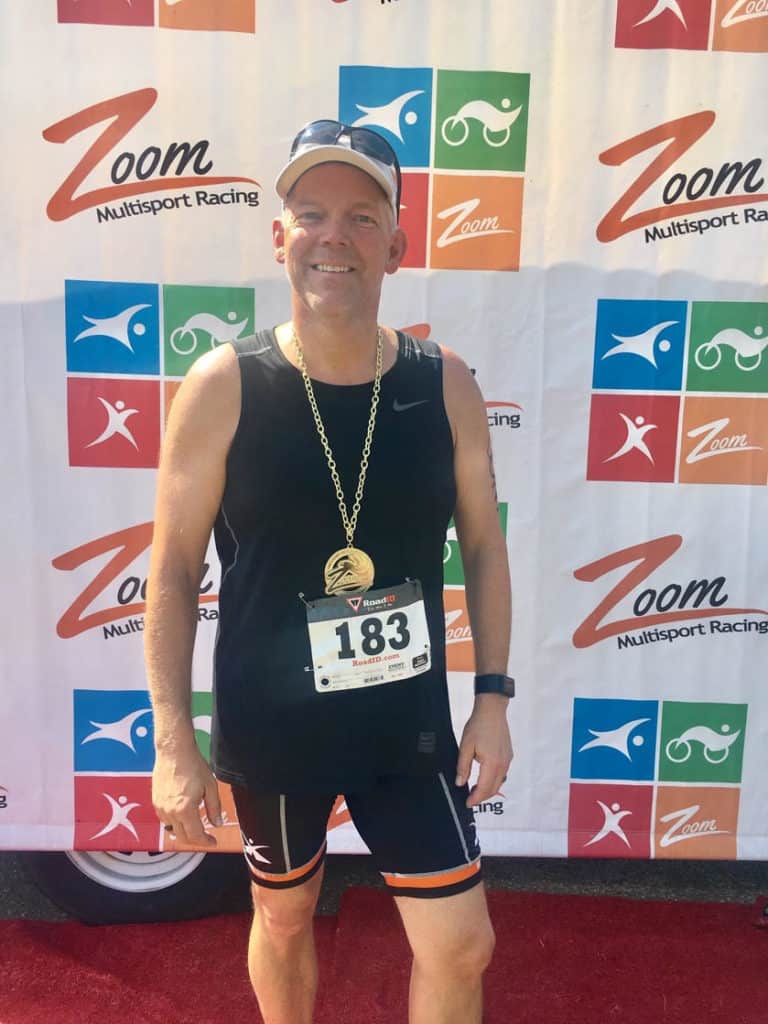 This edition of our Member Spotlight features Charity Miles member Adam Middleton! Moving on after the passing of his brother Scott, Adam is currently training for his first half-distance Ironman next month! Check it out!

“Born and raised in the Dayton, Ohio area I have never considered myself an “athlete” in the sense that I see and hear about on Charity Miles. Sure, I have played tennis in high school and plenty of church softball leagues and ran a few 5ks but I wasn’t the avid endurance kind.”

“I thought I kept in good enough shape to enjoy my outdoor hobbies and keep up with two active boys but over time I gained weight and soon I was pushing 260 pounds on a 5’11’’ frame. With the help of my wife, Carol, and a challenge with my volunteer firefighter buddies I buckled down with an Adkins diet and dropped 65 lbs in the late 90s.”

Over the following years Adam’s fitness journey was slow to progress, with the occasional 5k here and there. This would all change in the fall of 2013. “My brother Scott, who had fought obesity for many years, died of a sudden cardiac event at 50 years of age. Scott had run half and even a full marathon to lose weight, but then would put it back on. The diseases of obesity and diabetes took its toll one fateful day when he was again training for a half-marathon.” 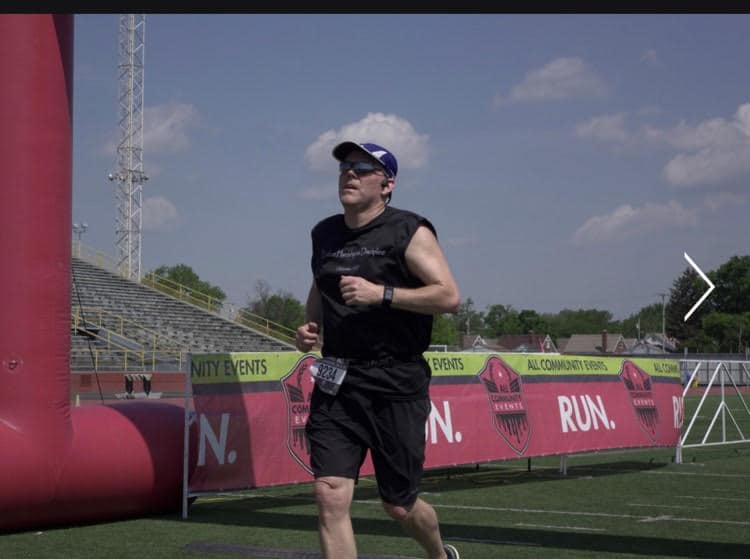 In the months following Scott’s untimely death those close to him organized a 5k in his honor. “Friends and family ran a 5k with “Finish Strong” shirts, as his favorite bible verse was Hebrews 12:1-2. But I didn’t feel too strong. It took me quite some time to mentally recover to a point where I could run without fear of the same fate or having a sense of grief while running. But I knew I had to continue to work on my fitness as a family history of SCD is now set.”

Adam eventually found inspiration to progress his fitness journey in the form of a new friend, Tim. “I saw he had run 2 full Ironman competitions and I was curious. He didn’t look like a runner, swimmer or biker. He looked like me! When I asked how he did it, his response was “One step at a time and they give you 17 hours, so I used it all!” With that I was inspired.”

“I began to swim, bike and run. I find it a great way to break up the routines to keep it fresh. I found other friends that have inspired me to push for longer triathlons past the half-dozen sprints and olympic I’ve accomplished. I have done a few half marathons to stretch myself, including the Indy Mini, which my brother loved.” 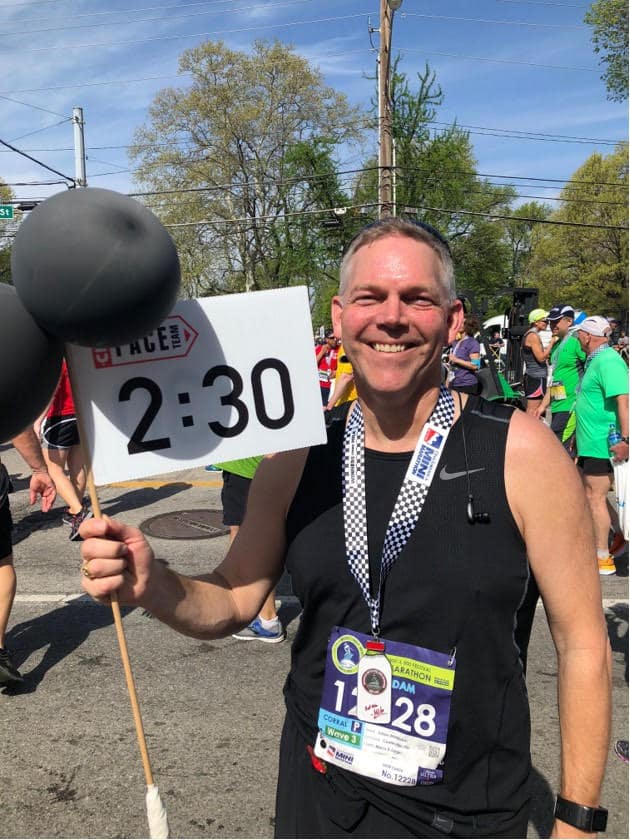 Adam has been using Charity Miles as further inspiration while training for his various events. “When I discovered the app I instantly fell in love with the concept of “Every Mile Matters” as there are many days I don’t want to run/bike, but think “well I might as well earn some money for a good cause”. The podcasts with Gene and the cast of inspirational characters are fun and keep me occupied on long runs and rides. I think if I heard Gene laugh in a crowded room, I would know him immediately! I have introduced Charity Miles to many friends and hope they are also earning nickels and dimes to add to dollars for these charities.”

So what’s next for Adam? “This summer I’m training for Ironman 70.3 Ohio in July to meet my next goal.”

Good luck Adam! We wish you well in your training and we know you’ll absolutely crush your upcoming race! 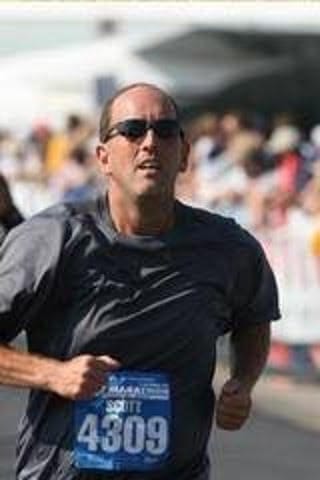